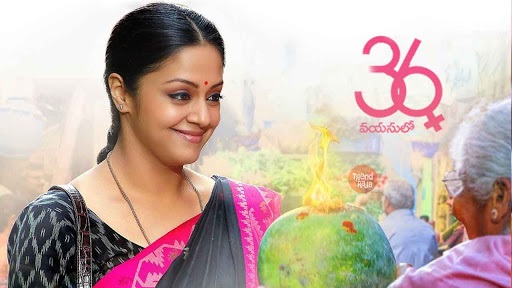 Aha videos placed a huge collection of Telugu movies, which includes masterpieces and many blockbuster movies. It also brought super hit web series in pure Telugu. Let’s have a look at popular movies and web series in aha videos now.

Raj Tarun and Malavika Nair starrer OreyBujjiga released exclusively through Aha videos. The movie turned super hit on this Telugu OTT. Hebah Patel, who was a perfect pair with Raj Tarun in the earlier super hit Kumari 21F, now teamed up with Raj Tarun again. The story of the film is Raj Tarun and Malavika Nair, who belong to the same village and not known about each other, escape to the town from their village with the same reason of unwanted marriage.

How did they introduce each other? How do they fall in love? What do the people of the same village feel about their missing in the village for the same reasons? The elements are shown interestingly by director Vijay Kumar Konda, who gave superhit with Nitin starrer GundeJariGallanthayyinde. The movie received a high amount of views with trending high at Aha videos.

The film 36 Vayasulo gave a social message about women cannot be permitted to their aims with the name of age. Jyothika played the character of Vasanti, a 36 year old married woman, who restricted the responsibilities of her family and sacrificed her dreams and aim to achieve something big in the society.

How a housewife achieved a big position in society even though she was restricted with family responsibilities is the main theme of the story. The director RosshanAndrrews portrayed the film with the elevation of women empowerment. Every woman should watch the film, as it is available at movies on Aha.

A Telugu web series came with never before suspense thriller and became highly demanded on Aha videos. The story of the web series is about a famous neurosurgeon Dr. Anand (Satyadev), who is also doing research on medical science has been locked by the strange people in his house itself. He finds the people one by one in his own house and feels threatened by them.

How the situation became horrible? Why did the strange people lock Dr. Anand? The director Pradeep Deva Kumar designed Locked with thrill at the end of every episode. Satyadev performed wonderfully with variations in his character. After a long gap senior character artist Srilakshmi appeared in a vital role. Her performance is fantastic. The cinematography is the main asset to this web series. Locked earning high views and trending high among the web series in Aha videos. Browse the terms ‘Telugu shows online’ to watch Locked at Aha videos.

A web series came with bold content, but it’s convincing point for the social cause of women empowerment is highly entertained. The web series showed how the women facing indiscrimination, sexual harassment, domestic violence with the name of marriage and also showed extramarital status and love between the man and woman in the web series.

Naveen Medaram directed the web series. He showed the things that happen in society against the women. JennifferPiccinato, Thiruveer, Deepti Sati played lead roles well. The web series attracts the youth audience most. It is running successfully on Aha videos with high views. Browse the terms ‘best web series to watch’ at Aha videos.

Apart from the above, there are many best movies and web series placed in Aha videos. So, visit Aha and get entertained now.

Everything About Home Inspection in Texas

Benefits Of Using A Pawn Shop in Brisbane

Choosing the Right Mattress According To Sleeping Style