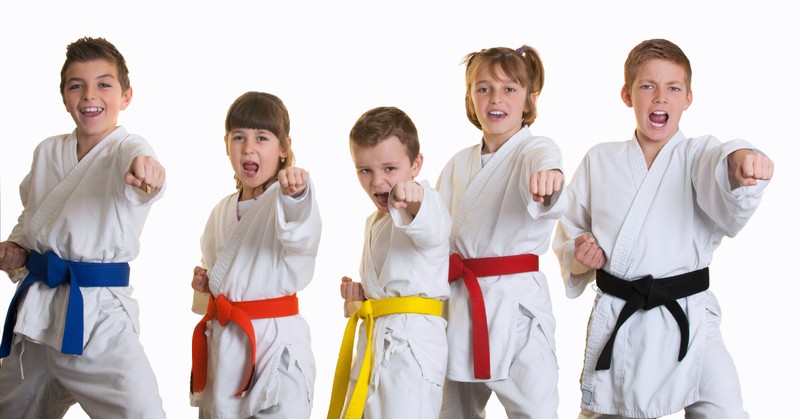 As we are now in the digital age, children are spending more time sitting than doing physical play or activities.  With this comes, screen dependency, ADHD, and a lot of health issues, such as poor eyesight, diabetes, obesity and so on.  A lot of parents are looking for ways to push their children to become more active and less of a couch potato, as physical play is not as common as it used to be.

One thing to consider is enrolling them in martial arts.  Here are some of the benefits of martial arts for kids.

1. Physical activity in a safe environment.

Whether online or face-to-face, martial arts will keep your children in a kid-safe environment.  Gyms and dojos are equipped to provide safe equipment to avoid accidents.  Also, martial arts are all about movement, so this encourages your children to get physically active especially during training.

Because martial arts have a format and routine, children need to train and follow these routines strictly.  By doing so, they will learn to become accountable in ensuring that these routines are carried out correctly.  Children will also learn how to discipline themselves in keeping their bodies fit and healthy in order to stay on top of their game.

Martial arts can help in the development of your child’s motor skills through coordination and balance.  In martial arts, your child will learn how to use their body in order to react quickly while punching, kicking, jumping, and blocking.  Children with ADHD or attention deficit hyperactivity disorder were also reported to have increased improvement when enrolled in martial arts.  Here, children are taught how to focus and exercise self-control on specific targets requiring specific techniques, and these are often difficult for kids with ADHD.

Children will learn new skills during training and they get better each time.  As they progress, they are being graded and level up.  Some martial arts give belts with specific colours depending on your level of skill.  Once they master their level, they move to the next and get rewarded with another colour belt.  They also work together with other students in class and perform in front of other people during special events, tournaments, or when they are graded, boosting their morale and keeping them motivated.

Listening and following their instructors is very important in martial arts in order to progress.  Here they learn the value of respect, also to their fellow students.  Negativity is strongly discouraged and they are taught to support each other.

Many children are pressured to compete with other kids as well. But each child is unique, and here they can choose the right martial arts to enter into that suit them well.  Development is according to their pace.  The focus is on self-improvement and they won’t feel left behind nor inferior since they mostly train with students of the same level as theirs.

Although martial arts mainly focus on individual growth, they also have training in pairs which allows them to work as a team.  Also, being with the class promotes healthy relationships, and they learn sharing techniques and ideas with other students.

Why People Should Invest in Professional Photography

All About the Australian Partner Visas

How do AC ducts work?

Benefits of Using Better Bolts for Your Construction Projects